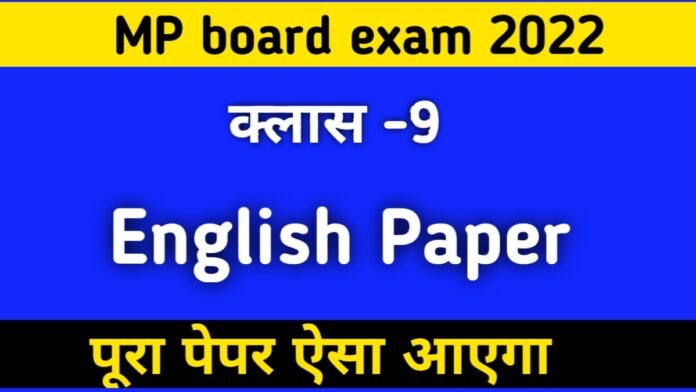 Instructions- 1. All questions are compulsory

Q.1. Read the following passage and answer the questions on the basis of compreheWnsion of the passage.

Lalita sowed some tomato seeds in her garden. The seeds grew into little plants after a few days. She removed every weed. She never allowed any insect near her pet plants. When the days were hot, she watered the plants. She put compost under the plants. The flowers grew and became big. The tiny green tomatoes began to show. Lalita and her sister watered the plants daily. A very large beautiful tomato grew in the plant. Her father said, “It is the finest tomato I have ever seen”. The sisters were very happy.

(i) What did Lalita sow in her garden?

(ii) What did she not allow?

(iii) What did she put under the plants?

(iv) Which of the following is similar in meaning to ‘tiny’?

(v) Why were the sisters happy?

a) because flowers grew in their garden

b) because a tomato grew in their garden

c) because plants grew in their garden

d) because their father was happy

Q.2.  Read the following passage and answer the questions on the basis of compreheWnsion of the passage.

We are living in the Age of Science. Everyday new inventions are being made for the good of humanity. The scientific inventions began after the Industrial Revolution of 1789. Within these 200 years, science has made a wonderful progress. The aeroplane is one of the most important inventions of science during the Modern Age. It is the fastest means of transport known so far. An aeroplane resembles a flying bird in shape. Inside there are seats for the passengers and a cabin for the pilot. This cabin is called a cockpit. It has an engine that is worked by petrol. It is all made up of metal and can fly at a very high speed. Before taking off it runs on the runway for some distance to gather speed. Then it suddenly hops up the earth and takes off.

(i) The scientific invention began after the Industrial Revolution of ___.

(III) An aeroplane has an engine that is worked by___.

(iv) Which of the following is the fastest means of transport?

Q.3 Read the following passage and make notes on it and also give a suitable title to it.

Biogas is a mixture of methane, carbon dioxide, hydrogen and hydrogen sulphide, the major constituent being methane. Biogas is produced by anaerobic degradation of animal wastes (sometimes plant wastes) in the presence of water. Anaerobic degradation means break–down of organic matter by bacteria in the absence of oxygen. Biogas is a non-polluting, clean and low-cost fuel which is very useful for rural areas where a lot of animal waste and agricultural waste are available. India has the largest cattle population in the world (240 million) and has tremendous potential for biogas production. From cattle dung alone, we can produce biogas of a magnitude of 22,500 mm3 annually. Air-tight digestion/degradation of animal waste is safe as it eliminates health hazards which normally occur in case of direct use of dung due to direct exposure to faecal pathogens and parasites .

Q.4.  You are Amit Gupta studying in Govt. HSS Rewa. Write an application to your principal to issue Transfer Certificate as your father has been transferred to Shivpuri.

Yor are Rahul, residing at 432/4, behind Govt. Hospital, Bhind. Write a letter to your friend inviting him to attend your sister’s marriage ceremony.

a) An Indian Festival

b) Wonders of Science

Q.6. On the basis of the picture given below, write a short paragraph about the importance of trees.

(ii)  The bank —– some interest for your money. (give/gives)

(iii) Sharad——–watching TV when the power went off. (was/were)

(i). Rohan speaks English. (Change the sentence into negative)

(iii) your pen? / Can / give me / you (Rearrange the jumbled words into a meaningful sentence)

(iv) He is too weak to lift this box. (Rewrite the sentence using ‘so…. that’)

(vi) He is rich. He is not happy. (Combine the sentences using ‘yet’)

(i). Where did Tommy find the book?

(ii) What does Yellow woods mean?

(iv) What did the grandmother give to Kezia when she was sobbing?

(v) Who is the author of the lesson “My Childhood”?

(vii) What helps the tree to grow?

Q.10 (A) Read the following extract and answer the questions given below-

Evelyn Glennie’s loss of hearing had been gradual. Her mother remembers noticing something was wrong when the eight-year-old Evelyn was waiting to play the piano. ‘They called her name and she didn’t move. I suddenly realised she hadn’t heard,’ says Isabel Glennie. For quite a while Evelyn managed to conceal her growing deafness from friends

and teachers. But by the time she was eleven her marks had deteriorated and her headmistress urged her parents to take her to a specialist.

ii) Evelyn managed to hide her deafness from-

iii) Who urged her parents to take her to a specialist?

(B) Read the following extract and answer the questions given below-

And sorry I could not travel both

And be one traveller, long I stood

And locked down once as far as I could

To where it bent in the undergrowth

i) What does ‘yellow wood’ mean?

ii)Why was the traveller feeling sorry?

a) because he could not travel

b) because he could not travel both the roads

c) because he could travel

iii) From which poem the above lines have been taken?

Q.11 Answer the following questions in 30 words (any six)

Q.12 Answer the following question in 30 words (any two)

Q.14 Answer the following questions in about 70 words- (any two)

Q.15.  Why does the poet call harvests ‘peaceful’ and war as ‘winter’?

Where did the two roads diverge? What was the difficulty?

Q.16.  What do you think happens in the end of the story ‘The Lost Child’? Does the child find his parents?

What is Behrman’s masterpiece? What makes Sue say so?